Gunny leaned over the desk. “I’m looking for Cato.”

The corpsman looked up. Noting Gunny’s rank, he said, “In with the doctor, Master Gunnery Sergeant. The next time, perhaps you should supply the troops with water purification tablets before a survival drill.”

Gunny’s eyes narrowed, “When will Cato be out?”

The door beside the desk opened.

Smart assed corpsmen. He watched a pale Drew step out of the room. When he spotted Gunny, he stopped and grew paler. “Gunny.” 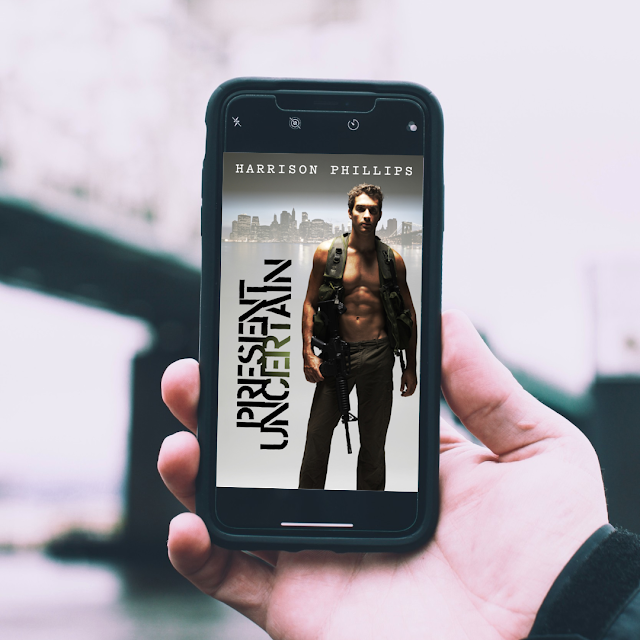 
Unsat answer.
Unsat in the military means unsatisfactory.  The Lance Corporal is on the spot.

He blurted out, “Sir, Staff Sergeant is in sick call, sir. They all have the same thing, sir.”

Okay. The more sirs he added, the more likely it was to be a lie. Eyes narrowed, Gunny continued to stare at him.

“Sir, might be the flu, sir.” The Lance Corporal swallowed hard.

Yep. Lie. Gunny stared, and the Lance Corporal fidgeted. After he reached his quota of fidgeting, Gunny said, “Dismissed.” 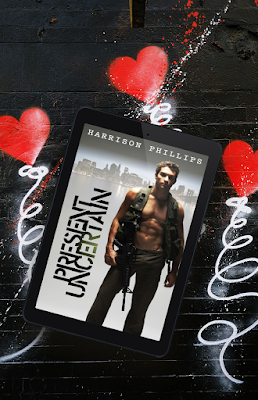 How can you lose a Platoon on base?


Gunny heads back to the platoon to discover he's missing Marines.

Gunny counted ten men staring at him from formation. By his count, he was missing about forty-five men including his squad leaders and his staff sergeant. How in the hell could you lose forty-five Marines? “Marianus!”

He was the highest-ranking noncom at the moment. Gunny’s eyes narrowed. And the Lance Corporal blanched. 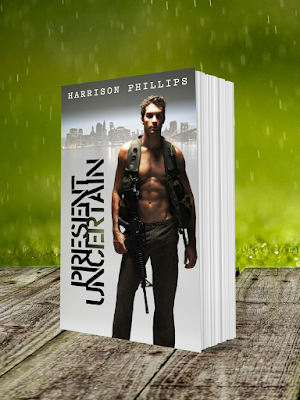 “O...” Callon started to correct him. Lifting his head, he saw the Major peering over the file tower Gunny had piled on his desk. Well, it wasn’t exactly his desk. It was the platoon commander’s, but since they were short a platoon commander, his desk. Not that anyone would explain what happened to the previous platoon commander except that he left in tears. That, Callon could imagine. He realized that the Major was still talking. 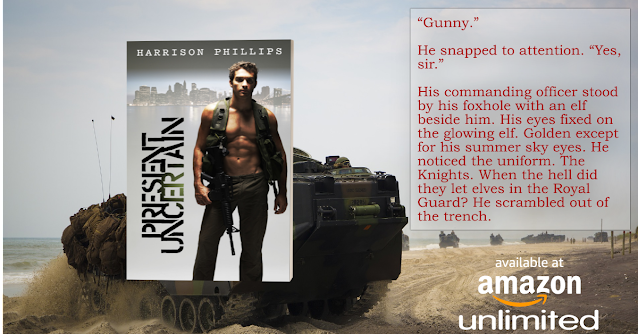 For Rainbow Snippets
Vuk has been warned that he needs to play nice during the reception for his mating.  And he is.  Sort of.

With a smile that was more bared teeth than sweet lips, Vuk glared at every wolf, bear, cat, and whatever that fawned over his mate's hand. They said smile. He was smiling. It wasn’t his fault if the other shifters took his toothy smile as a threat. And he wasn't looming… definitely wasn’t appearing intimidating at a party he was hosting. Nope. Vuk was just... practicing perfect posture. That growl was simply clearing his throat. 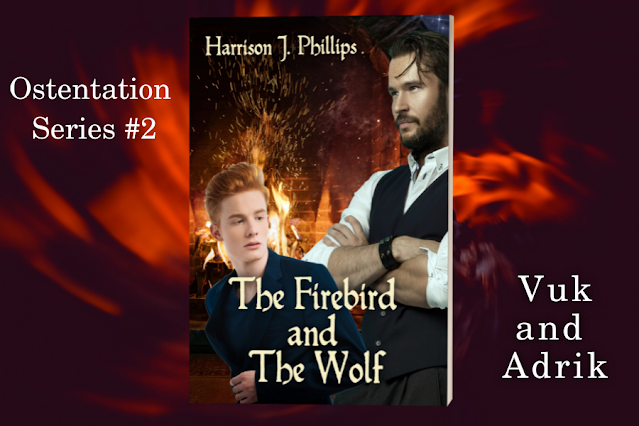 Email ThisBlogThis!Share to TwitterShare to FacebookShare to Pinterest
Labels: Firebird

The Office [scene in full]

Snippets were posted for Rainbow Snippets

The full office scene from Counfounded including parts not posted previously on here.

Alasdair pulled on his tee shirt. He just wasn’t sure about this.

“I’m not used to being an Alpha Mate.”

“I should hope not. Come on. My office is this way.” Dash opened the door and slammed it shut. “Now I’ll show you where …”

“I want to see the office.”

“No, we can’t.” He brushed past Dash and threw the door open.

A naked Wayne lay on the couch. Alasdair half-shifted. His clothes strained to contain him.

“Get him away from me!” Wayne jumped behind the couch.

“Shut up, Wayne.” Dash stepped between them again.

“He doesn’t belong here!” The screech hurt his ears.

“Wayne. You give me a headache.”

Alasdair shifted back. He sat on the desk watching the fireworks.

Gods, he whined. How the hell did his mate ever manage to fuck him… shit, wrong thought. Damn it, there went the eyes again.

“You can’t do this to me after all we meant to each other! I’ll petition the pack. You love me.”

“Wayne. Shut up. I never ever mentioned you being my mate. And how the hell did you get into my office? I know Harley wouldn’t let you in.”

The man glanced involuntarily at the window.

“Oh fuck no.” Dash pulled the curtains aside. “Son of a bitch. You broke the fucking window!”

That was one determined beta. His mate wasn’t interested. Alasdair’s nose told him that. Damn it. He could use some popcorn.

“Wayne, you don’t know shit. And put your damn pants on.”

“I threw them out the window after I took them off.”

“I wanted to surprise you.”

“You damn well did that.” He strode to the door. “Harley!”

“Can you tell him to bring popcorn?” Alasdair called to Dash.

“I need popcorn for the rest of this. And maybe a candy bar or two.”

“What the fuck are you talking about?”

“Let me handle this.”

“Let me handle this.”

“If you can get through to him, fine.”

Alasdair drummed up his alpha power. Wayne backed up. “Now let me make this perfectly clear. My mate is not interested in you. At all. In the least. Nope. Taken.”

He let his eyes shift and the blue glow backed Wayne into the wall.

“Kind of you to notice.”

“Dash, babe.” Wayne didn’t move but he ignored Alasdair’s growl. “You can’t want an alpha for a mate.”

“He’s my mate!” Dash roared. “My True Mate picked for me by the Fates.”

Gods, Wayne was dense. Cute, but fucking dense. Beyond fucking dense actually. He put out a restraining hand and stopped his mate from shifting. “So, Wayne was it? Yes, Wayne. I am the Alpha Mate and an alpha. I have only one thing to say to you.”

The pout didn’t faze him. “Get out, and this time stay out!”

Wayne got out, almost knocking down Harley, who was coming in.

“See him out.” Alasdair barked at Harley.

“Try the bushes below this window.”

“Okay.” The door shut behind him.

Alasdair turned to his mate. “Did you have to pick one that redefined the term third grade?”

“It was just friends with benefits.”

“Um hum. Because I can’t see much of a conversation with Mr. Benefit.”

Dash shrugged. “It’s over anyway, mate. It was over the minute I smelled you.”

“Do you have any more in the woodwork to creep out?”

Why did Alasdair think there were going to be a few more scenes like this one? Damn alphas. 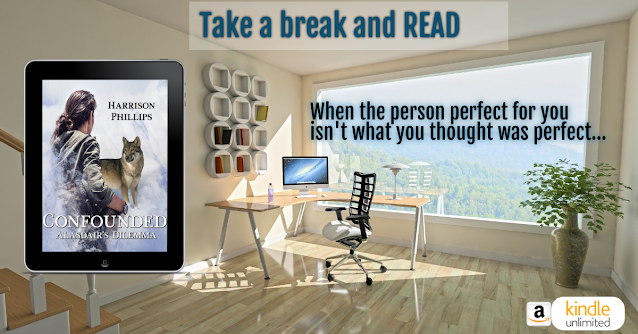 Email ThisBlogThis!Share to TwitterShare to FacebookShare to Pinterest
Labels: Confounded

The Office 5: Let me handle this

Alasdair finally decides he's the one who needs to get through to Wayne because Dash is making such a mess of it.

For Rainbow Snippets Gunny headed for Sick Bay. Gunny leaned over the desk. “I’m looking for Cato.” The corpsman looked up. Noting Gunny’s ...