There go the drapes

Adrik tired of having his butt pinched by the bear has shifted into the Firebird.  And while Vuk has saved the bear [and the resulting paperwork], it doesn't look like he's going to save the drapes.

With a cry, the Firebird rose, hovering above the awed crowd. Opening his mouth, he directed a huge stream of flames at the French doors, bouncing on the glass and catching the curtains alight.

“Fuck, babe, you could’ve let me open the door first.” Vuk was running, grabbing the first thing that came to hand. The punch bowl was more than half full. This’d better be enough. Vuk threw the contents at the curtains. Fuck, I hope there was no booze in that. And he scored a direct hit. There was a sizzle, and the flames died out.

The Firebird and the Wolf

Book 2 in the Ostentation series 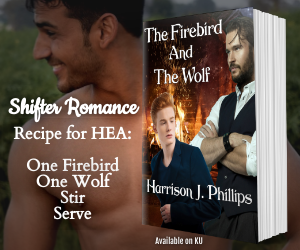 Far and his mate have made it to Pennsylvania.  Eryk's family has shown up to celebrate their mating while Far is shifted into his large White Peacock.  Eryk is already in trouble with his mother when he doesn't know what his own mate's tastes are due to the fact they were running from Far's father, King Screech.

Far ruffled his feathers again then began to dance to the music. The peacock was showing off for them. Nope… not his mating dance. A jump to the left... pull your knees in tight... a stomp to the right… Did peacocks have knees? He wasn’t about to ask his mother. Wait a minute. Was that the time warp? Nah. Instead of the pelvic thrust, Far was shaking his tail feathers. Far did say his peacock did the Time Warp.

The Ostentation Series
Book 1: The Peacock and the Jackal 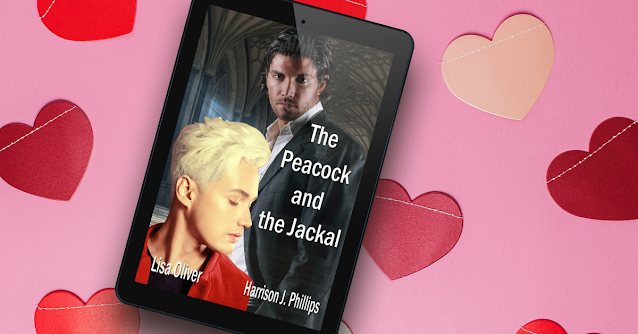 
Eryk and Far are headed for Scotland but there is one problem.  Far's peacock is terrified of water and terrified of the tunnel that goes under the channel so he's having a meltdown and driving Far crazy with his screeching.  Contacting some friends, Eryk gets some tranquilizers that actually work on shifters.  As they get ready to leave, Far tosses them all down with a beer chaser then in minutes is stoned.

Oh shit. “How many beers did you have?”

Far slowly shook his head as if he was afraid it would fall off. He giggled. “No. I drank the whole thing. Cause there were two hidden back of the orange juice.” And giggled again.

Now he nodded. “Need to get through the tunnel without a hyper-cataclysmic bird meltdown. He’s stoned too. You ever see a stoned peacock?” Far giggled again.

Eryk was seeing one now it seemed. Well, reminding him that he wasn’t supposed to drink and take the pills was moot. “No, I haven’t had that pleasure. Okay focus. Who am I?” 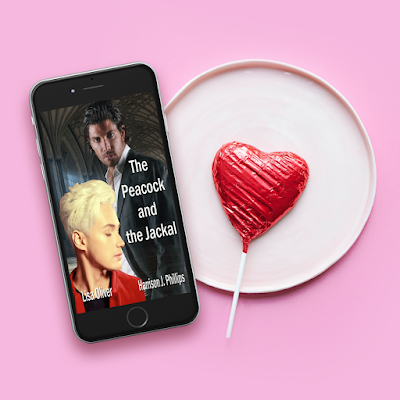 The Peacock and the Jackal: Ostentation Series #1

Never piss off a Peacock

From the Peacock and the Jackal, Book 1 of the Ostentation series for
Rainbow Snippets.
Far, a white peacock prince, is on the run with his mate, Eryk, a jackal.  Being chased by Wolves his father sent after them to retrieve Far, they jump from the window and run since Eryk knows he can't win a fight with a group of wolves.  To lose them,  Eryk sent Far wading through a stream not realizing that his peacock was terrified of any water that didn't involve a very safe bathtub or shower because peacocks sink like stone in water.  After they reach another safe house, Eryk finds himself facing a very upset peacock.

Eryk found himself facing a large white peacock with a decidedly pissed tilt to its beak. The peacock stomped towards him and that was no mating dance.

“Look, it was the only way to keep you and Far safe.”

“I didn’t know you were terrified of water.”

Whoops, wrong way to put that. Eryk took a step back.

Shit. Better to not go there. Step back.

Okay, they were getting somewhere. “It was only ankle deep. He should’ve realized that. And you should let him learn to swim then you both would be safe.”

Shit, shit, shit. Eryk was running out of backing up room. “I won’t let it happen again.”

At his jackal’s urgings not to be a total idiot, Eryk dropped his pants and yanked his t-shirt off.

Dropping on all fours he shifted. 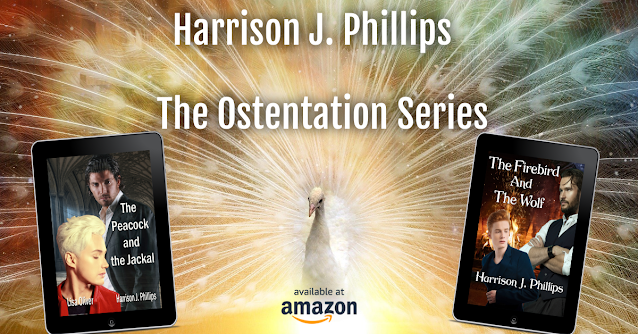 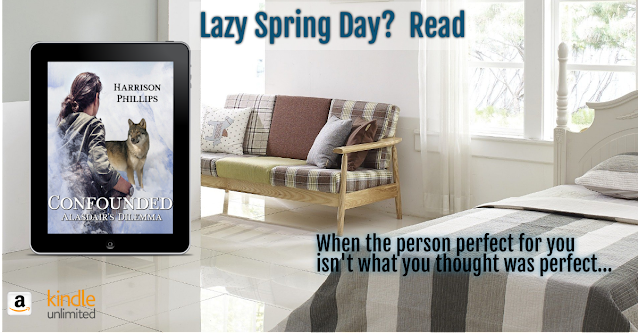